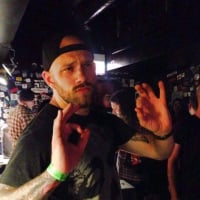 The new SuiteTax feature in NetSuite replaces the existing "Legacy" tax functionality. As it stands the two features are not built to coexist in a single environment. NetSuite developed an automated migration process that will run on all transactions containing legacy tax data when SuiteTax is enabled in an account. (Note – there is no GL or financial impact to the migration process). When used with Expensify, SuiteTax offers enhancements for International customers. SuiteTax can work side by side with other tax engines within the same NetSuite account. Businesses are no longer forced to choose between NetSuite tax or a third party like Expensify; they can now determine per nexus which tax engine will be used. This ensures that customers can pull in a specialized solution where needed.

Basically, SuiteTax takes care of the tax accounts for us. So we no longer need to sync these with your instance of NetSuite. You'll no longer need to select which Tax accounts taxes should post to when exporting to NetSuite, woohoo! Our Integration with SuiteTax is still in Beta but is ready to rock n roll for our users!

Note: As we can't yet add SuiteTax to our bundle accounts due to that removing some legacy tax fields we still want to give our bundle access to, you'll want to make sure to manually add these permissions to the Expensify Integration role in NetSuite.

SuiteTax will still use the traditional "Tax Code" object in NetSuite, which is used to represent singular rates for both purchase and sales tax.

We will import Tax Codes 1-to-1 as Tax Rates into Expensify. Tax Codes will be filtered to import based on the following criteria:

We will not import Tax Codes for US subsidiaries. According to NetSuite's own documentation, "the current version of SuiteTax Engine does not support taxes on US purchases."

We'll import three fields from NetSuite to display in Expensify:

So, for example, the following set of Tax Codes from the Netherlands will import to Expensify like so:

(Detailed view of the Standard Rate): 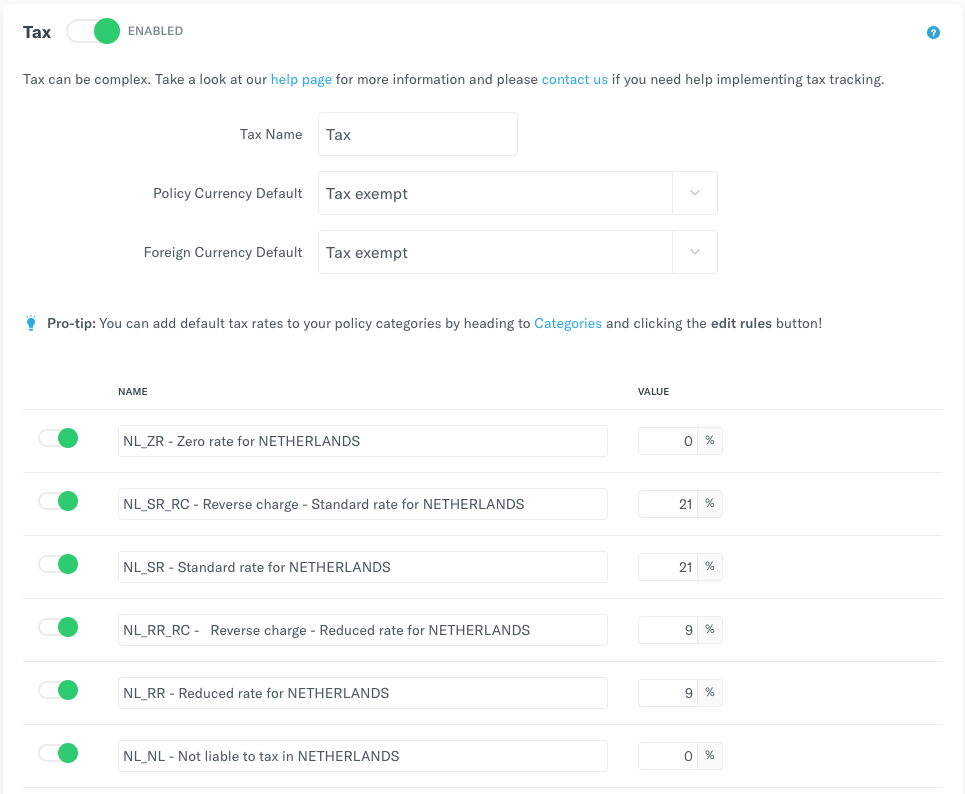 Before, with Legacy Tax, we opted to only import "Tax Groups." We did this for two reasons:

Tax Rates will be coded on Expensify expenses like they are now. Then, once they're exported to NetSuite, they'll appear attached to each line item in the "Tax Details" section of the Expense Report or Vendor Bill:

Under SuiteTax, taxes will show up as their own lines.

Journal Entries are also different in that there is no "Tax Details" section. Instead, information about the tax is input directly onto the journal line.

The Credit Line applying the Journal to the Account Payable account will not contain any tax information. Here's an example set of lines from NetSuite:

We’ve gone ahead and removed the tax account selectors from the NetSuite configuration for users with SuiteTax. Here’s an example of the changes.

If you’re still on Legacy Tax there’s no need to worry. Right now, when your policy syncs we’ll check to see if you're using SuiteTax vs. Legacy Tax. It's not possible to have both Legacy and SuiteTax on at the same time in an account, If you're still using legacy tax, we will still support the integration as we do now. We will not remove any functionality around legacy tax.