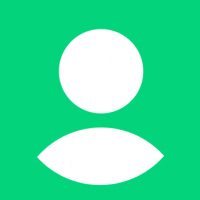 The new "Details" tab has made Expensify less efficient to use. It's hiding information for what seems to be purely cosmetic reasons. It's a tool that should have functions readily accessible, not hidden for a clean view. Hiding buttons like download or bulk edit adds additional clicks to processing each report.

What's the point of the report ID if you don't include it on the report?

We work with a lot of contractors who may do 1-2 gigs with us per year. Just this past month, we had an issue where 2 different people did not select the correct expense policy. One report was emailed to the correct person but it was not caught because it came through as a "closed" report. The other person did not email it to the correct person so it was not found until they resubmitted. We have not had this issue in the past and the only difference now is that the policy is hidden in the details section. Before, it was an easy to spot drop down.

Support told me that we could add the policy as a report field and then it would be visibile to users on the correct policy. That would mean people would have to know to notice the missing field. An occasional user would not know to look for that. This change made it less user-friendly for the occasional user. 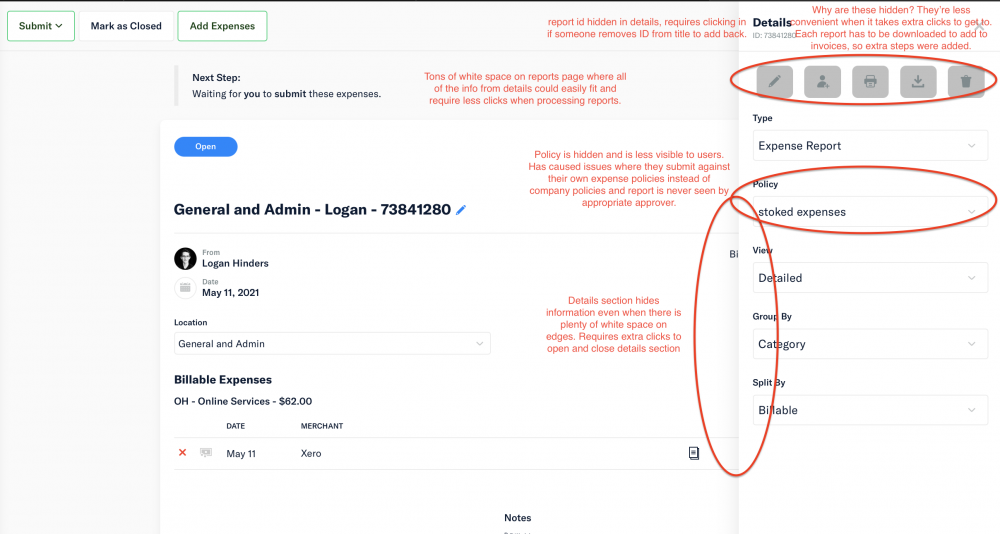 Understanding the Issue · Last Updated May 12