The number of families signing up for reimbursement has vastly outnumbered the limited funds available. Though we’re unable to provide a specific timeline on when your report will be reimbursed, we’re doing our best to drive donations and keep our fund moving forward. Rest assured, we’ll review every report that’s submitted per our instructions.

Thanks for your patience! 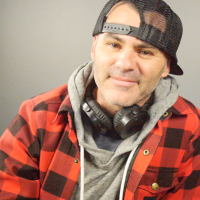 Thanks in advance for the support. Our organization set up expensify independently of our accountant but later found out that he was already ExpensifyApproved. I can see how to add him as a Domain Admin but currently he is unable to view our policy or review our team's expense reports. From the documentation I read it seems as though one of the benefits of him being ExpensifyApproved is that he can be a member of our policy and support us with reports and approvals without us being charged for his seat, but I'm not sure how to proceed. Am I to send him an invitation to our policy using his company email address (different than ours)?

If not, can you help me to understand the intended relationship between our two types of accounts? If there is clear documentation for this that I have just missed I'm open to links too as I wasn't able to track it down.