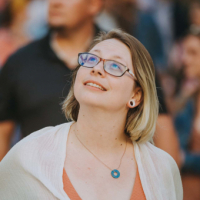 Most companies need to manage company cards, and that process isn't always pretty. Admins shoulder the majority of the responsibility when it comes to managing company spend, and sometimes they’re left scrambling to get employee reports submitted at month end.

How the magic happens

If you’re using a direct connection, like QuickBooks Online or Xero, a weekly frequency will ensure all expenses are grouped, submitted and exported regularly, keeping your accounting system as up-to-date as possible. On the other hand, if you’re using an indirect accounting package, nothing changes, you won’t need to adjust how often you export your information.

Check out the thorough best practice guide to help you understand how to adopt this new setup and attend one of our live Company Card Administration webinars so that you can see a deep-dive and ask any questions!

What does this mean for you?

This means that Statement Reporting is no longer the best way to manage credit card expenses. We’ve disabled it for new users and will be deprecating it in the future for those who are already using it.

In addition to the best practice guide, we’ve updated our Help Center with detailed articles to help admins and employees manage company cards in Expensify. Here’s everything you need to know!

If you have any questions or feedback about the new process, please reply to this thread or reach out to [email protected] and our team will be happy to help you!